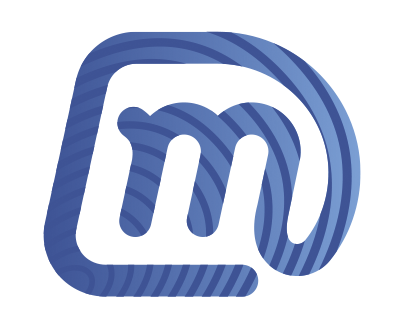 Introduction
Marketing and sales these days require many skills in successful companies, in order to ensure the success of any project, company or deal
Among these skills, which are becoming more demanding, is the skill of the art of negotiation, which is done on more than one level
Negotiation refers to a dialogue process between a number of parties aimed at resolving the existing conflict and reaching solutions that satisfy all parties, as well as settling various existing transactions, and concluding agreements between people individually and collectively\
Negotiation Skills
A set of attributes that allow two or more parties to reach a settlement about a dispute
Negotiation skills often include a combination of soft skills and abilities such as
communication
persuasion
planning
strategic thinking
Teamwork and Collaboration

Table of contents
What is economic negotiation, its types, and how is it done
What are the successful negotiation skills of a salesperson
What is the purpose of negotiation
The importance and power of negotiation in marketing

What is economic negotiation, its types, and how is it done
Negotiation is a kind of dialogue in a strategic manner whose purpose is to reach several solutions and choose the most appropriate among them for the existing problem
As for Economic Negotiation, they are talks related to investment projects, including industrial, agricultural, and tourism. It is an international negotiation between a state and another state, or between a state and an international body, or between a state and a company about the realization and implementation of one of these economic projects
In the case of negotiating between a state and a specialized company or companies, general principles should be followed, which are
The theory of economic activity
Prioritizing national goals
Understand the goals of the foreign investor
Understand the competitive situation
Types of Negotiation
There is more than one type of negotiation, which are
Negotiate the interests of both parties
It represents the agreements that take place between two parties, which is a method aimed at achieving common interests and the purpose of which is to achieve gains for both parties
The two parties are trying to reach a clear and understandable agreement formula, through which no harm can be caused to one of the parties, and this agreement is considered comprehensive and deep
Negotiating in order to achieve gains for one party while neglecting the other
This type of negotiation falls under the rule of "win and let others lose."
Likewise, in the event that one of the parties, which is the strong party, puts pressure on the weaker party, taking advantage of its weaknesses, and negotiation of this type is not considered continuous, but it changes at any time so that the situation can be reversed and the previously weak party becomes the strongest
Thus, he resorts to the policy of exhaustion and attrition of the other party, as happened with him, trying to prove himself and his value
Exploratory Negotiation
It is one of the types of negotiation in which each of its parties tries to know what is meant by the other party, and this negotiation often occurs through mediators, or directly confronting the parties together
soothing negotiation
Its purpose is to reduce the percentage of disagreement and disagreement, and to try to resort to satisfactory solutions that achieve the appropriate for both parties, and this type of negotiation is outside the time restriction
Negotiation of influence in a third party
It refers to influencing other parties in the negotiation without a direct relationship or relationship with the two parties
negotiating mediators
It is the most popular and current type in the current era in the fields of trade and politics, as both parties target another party to arbitrate between them, but this type may carry some negatives such as the alignment of the mediator to a particular party, which makes it a failed negotiation process
How is the negotiation process
The negotiation is at the table with the aim of reaching compromise solutions, and is often in the political and entrepreneurial field
The negotiation process does not take place well and successfully unless special negotiation skills are available, and these skills are strategic and ethical whose purpose is to attract the other party to deny the opinion, but in a convincing and polite manner
The people who carry out the negotiation process are called "diplomats or legislators", and they are also called by other names that vary according to the field
If the negotiating person works professionally, he is called a specialist, and if it concerns peace treaties or international agreements, he is called a peace negotiator 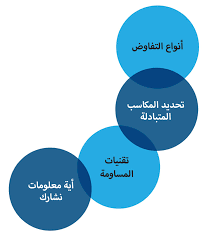 What are the successful negotiation skills of a salesperson
Defining the art of negotiating in sales
Negotiation is an art and a means of communication between two or more people in which they study alternatives to reach acceptable solutions or achieve satisfactory goals, You might be interested to know what is referral marketing and what are its features
Through this definition of the negotiation process, we hint that the goal of negotiation is to reach a compromise solution that satisfies all parties. Successful negotiation is one in which there is no absolute winner or absolute loser. But if one of the parties considers that the goal of negotiation is to defeat the opponent and achieve victory at any price, then This may have a dire consequence and may lead to the opposite of what is required

Negotiation is a civilized way of conflict resolution, and moreover it is a skill that enables you to succeed in both your work life and your personal life by helping you achieve your goals and objectives and meet your needs

What are the skills needed in negotiating at the selling stage
Negotiation skill has become an essential requirement in our time, especially negotiations between the seller and the buyer, and a good negotiator must possess a set of skills and qualities that not everyone has mastered
We will show you the most important skills to master the art of negotiation during the sale
Select the concessions you wish to accept in advance
Let the potential customer speak first
be clear
Avoid splitting teams
Don't sign anything until you're done negotiating
Negotiate with the decision maker
Establish a balanced relationship with clients
Expand the conversation beyond money
Avoid tension between you and the customer
Cancel the deal if necessary 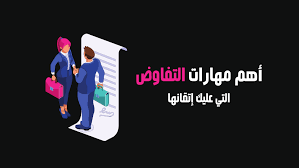 What is the purpose of negotiation
Negotiating with the purpose of delaying the agreement or contract concluded for a longer period
And this type of goal is established between several parties, and the agreement is based on some kind of facilities such as military agreements, and it tends to move in a specific historical path in order to avoid problems as a result of the interruption ,You may be interested to see what is a successful product and how to market it
Negotiation for the purpose of normalizing relations
This goal refers to the restoration of strategic relations to their nature, such as the relationship between Egypt, Israel and the United States in 1949
Negotiating with the aim of changing the situation in the interest of one of the parties
And this goal achieves interest at the expense of another party that bears coercion or coercion, and this is represented in 1939 when Hitler was forced to give his country to the Germans
Negotiating to create relationships
So as to establish a new organization, such as the creation of nuclear power agencies. Negotiation side effect: It refers to the significant impact of this process, which is meant by the objectives that led to the conduct of the negotiation process 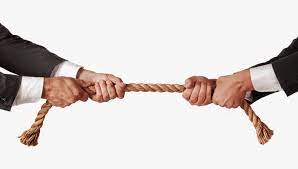 The importance and power of negotiation in marketing
Negotiating with other parties, whether inside or outside the system of the institution, is of great importance, as such confrontations first of all benefit us with the experience we gain in dealing with others and gain what they have of methods of dialogue and arguments of speech, and also that negotiations strengthen the bonds of relations, bear problems and raise level of communication with others. Therefore, to realize the importance of negotiation, which is represented in
Negotiation is a great way to communicate positively with others ,You may be interested to see what is a feasibility study, its importance and types
Negotiation is one of the most powerful and finest means of persuasion and problem solving in various fields
Negotiation achieves the best results because it is based on the principle of (win-win)

If you want to use any of the professional e-marketing and social media advertising companies, you can contact the digitsmark team

Where we offer you a group of specialists in professional web design services, social media services and many diverse digital marketing services

Hurry up to contact us through our various digital platforms, or visit the digitsmark website on the Internet

Articles you may be interested in reading on our blog

The concept and importance of content marketing for the project.

The importance of creativity in digital marketing.

The most important factors that affect the success of the marketing campaign.

Our team's latest works are available also on YouTube What Is a Marketing Strategy? 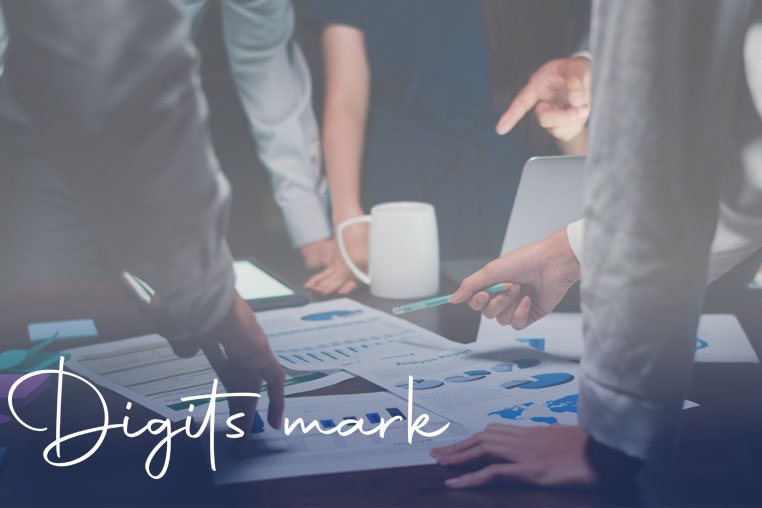 What are the elements of the seven marketing mix?

What is international marketing and its importance?

The four best ways to gain a competitive advantage

The most important seven steps in advertising campaigns for restaurants